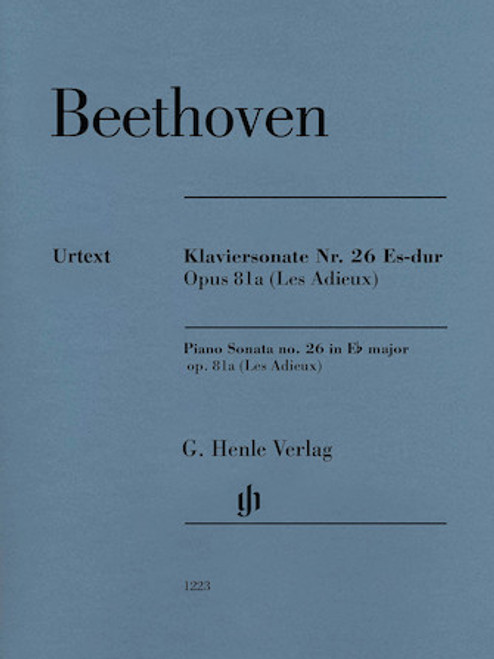 “The farewell / Vienna, May 4, 1809 / on the departure of his Imperial Highness the revered Archduke Rudolph” – Beethoven added this inscription to the manuscript of this sonata. It is today know by its French title les Adieux and numbers amongst the composer's best-loved piano works. The first movement of the sonata was presumably written directly before the archduke hurriedly left Vienna. Rudolph and other members of the imperial family fled to Hungary to avoid having to endure the French troops' siege and conquest. On his return in January 1810, Beethoven was able to present him with the complete sonata, having written not only the “farewell,” but also “absence” and “return.”