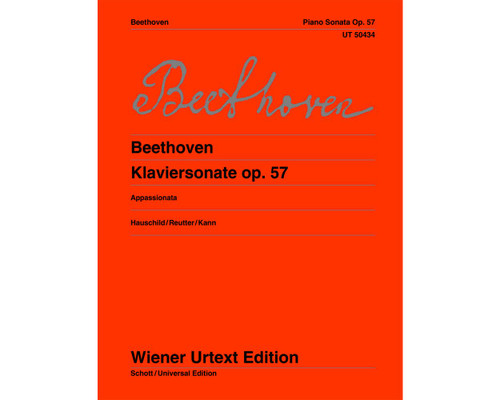 Beethoven's Sonata in F minor, Op. 57, the so-called ‘Appassionata’, was considered by its creator for a long time to be the greatest of his piano sonatas. It is still one of the milestones in piano literature today. Even though her epithet only came up a good decade after Beethoven's death, her character is dominated by an incomparable drama. This new edition is based on Beethoven's autograph and the first edition. In addition, preserved proofs of the first edition, some with corrections and revisions by the composer, are used. The subsequent changes have been incorporated into this new edition and even bring to light “unheard-of tones” in the middle movement, which call into question an almost 200-year-old tradition of playing and listening. Explanations on this can be found in the preface and in the critical notes, which, together with Carl Czerny’s remarks on performance, make this edition a "must-have" for study and concert practice.

Vienna Forever Waltzes, Polkas and Marches by Strauss and Others [HL:49046770]