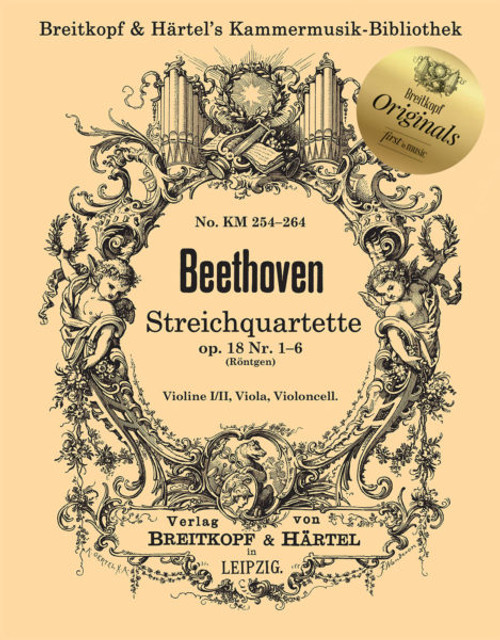 The editor, Engelbert Röntgen, writes in his foreword:

"Following a commission by the gentlemen Breitkopf & Härtel in Leipzig to produce a complete edition of Beethoven's string quartets supplied with bowing marks and fingerings, I undertook this task on the basis of the critical complete edition of these quartets, published in 1862. First of all, it seemed necessary to change the original slurring in some places to suit the bowing technique, with regard to performing and expression.

In the quartets from Beethoven’s early period, the performing marks often lack the accuracy and completeness that is required for an exact interplay, whereas they are given in the quartets of his later period almost everywhere with the greatest detail and precision, . Furthermore, the before mentioned scores contain a number of mistakes, which in all likelihood may have crept into the manuscripts as writing mistakes.

I have therefore endeavored to carefully add the missing performing marks, as well as to correct the incorrect notes, without, however, claiming to have done everything that is questionable.