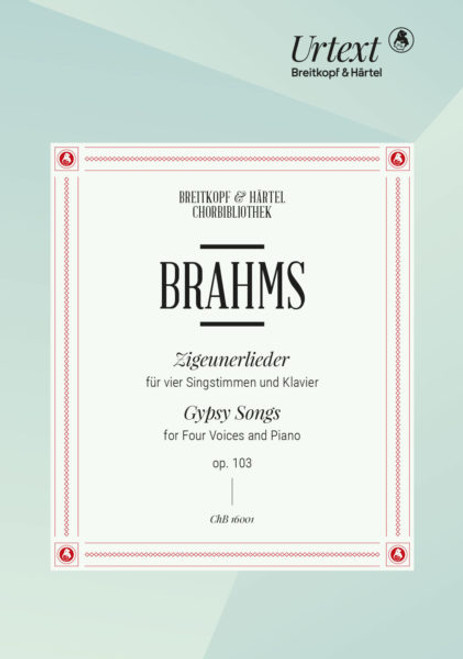 The song cycle Zigeunerlieder (Gypsy Songs) by Johannes Brahms consists of eleven settings of Hungarian folk songs in a German adaptation by Hugo Conrat, which, according to the composer, “could be understood to form a novel-like structure.” Four more of these were later published as part of the Six Quartets op. 112 (ChB 16000). The cycle originated in a relatively short time in February 1888 and went into print in October 1888, as the editor of the respective volume of the new Brahms complete edition is explaining in detail in the preface.

In a way, the Zigeunerlieder op. 103 form the exotic counterpart of the Liebeslieder (Love Songs) op. 52 and op. 65 and the vocal counterpart of the Hungarian Dances. Although Brahms had conceived them for vocal quartets in domestic use, public performances with choirs already happened during his lifetime. This tradition continues until today, taking advantage of modern grand pianos with a larger volume to enable a larger choral scoring.