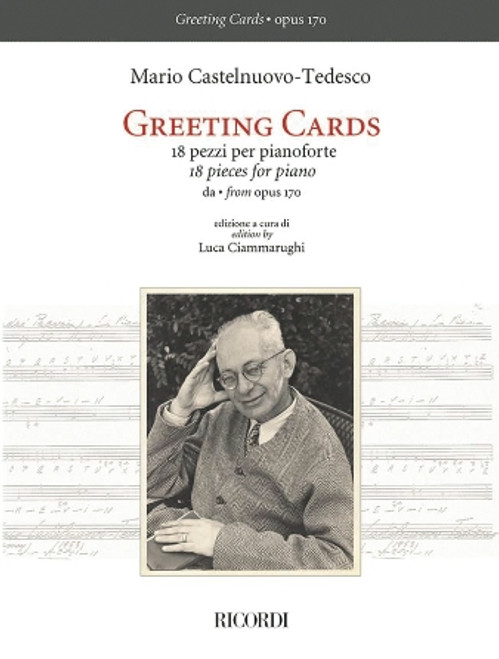 Mario Castelnuovo Tedesco composed 52 Greeting Cards for various instruments between 1953 and 1967, collectively catalogued as opus 170, which he developed in a non-systematic manner up to the year before his death. These pieces were conceived as gifts for his interpreters and students, whom the author meant to gratify with these pleasant little vignettes. Composed between 1953 and 1964, the 18 Greeting Cards for piano (17 for piano solo and 1 for two pianos) represent a point of equilibrium between experimentation and tradition.