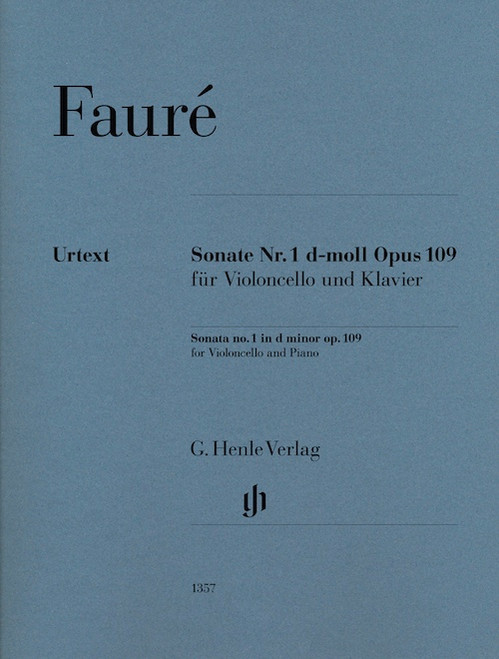 Immediately after finishing his second Violin Sonata op. 108, Fauré started work on a sonata for cello and piano in early 1917, thus realizing a long-conceived plan. In their predisposition and attitude, both works are very closely related. In the cello sonata, a sombre, dramatic opening movement is also followed by a calm, relaxed slow middle movement and a graceful finale. The critical response to the first performances was subdued, but on account of increasing interest in Fauré's complete late chamber music, this sonata has recently been rediscovered as a substantial part of his oeuvre. The Henle Urtext edition constitutes the first critical edition of this work. David Geringas, a master of his craft, supplied the markings in the cello part.