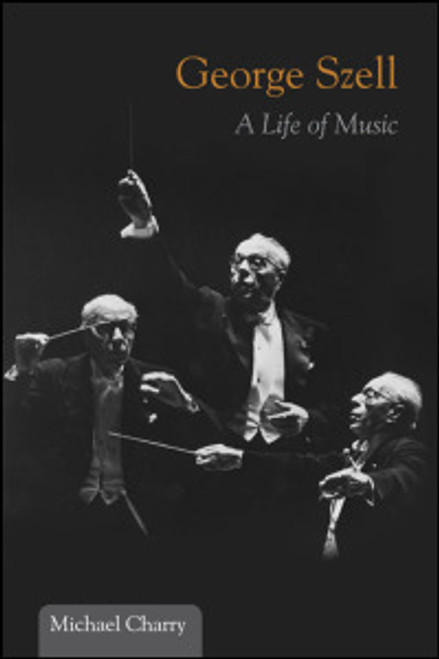 George Szell: A Life of Music (Music in American Life)

This book is the first full biography of George Szell, one of the greatest orchestra and opera conductors of the twentieth century. From child prodigy pianist and composer to world-renowned conductor, Szell's career spanned seven decades, and he led most of the great orchestras and opera companies of the world, including the New York Philharmonic, the NBC and Chicago Symphonies, the Berlin Philharmonic, the Vienna Philharmonic and Opera, and the Concertgebouw Orchestra. A protégé of composer-conductor Richard Strauss at the Berlin State Opera, his crowning achievement was his twenty-four-year tenure as musical director of the Cleveland Orchestra, transforming it into one of the world's greatest ensembles, touring triumphantly in theUnited States, Europe, the Soviet Union,South Korea, andJapan.

Michael Charry, a conductor who worked with Szell and interviewed him, his family, and his associates over several decades, draws on this first-hand material and correspondence, orchestra records, reviews, and other archival sources to construct a lively and balanced portrait of Szell's life and work from his birth in 1897 in Budapest to his death in 1970 in Cleveland.

Readers will follow Szell from his career in Europe,Great Britain, andAustraliato his guest conducting at the New York Philharmonic and his distinguished tenure at the Metropolitan Opera and Cleveland Orchestra. Charry details Szell's personal and musical qualities, his recordings and broadcast concerts, his approach to the great works of the orchestral repertoire, and his famous orchestrational changes and interpretation of the symphonies of Robert Schumann. The book also lists Szell's conducting repertoire and includes a comprehensive discography.

In highlighting Szell's legacy as a teacher and mentor as well as his contributions to orchestral and opera history, this biography will be of lasting interest to concert-goers, music lovers, conductors, musicians inspired by Szell's many great performances, and new generations who will come to know those performances through Szell's recorded legacy.