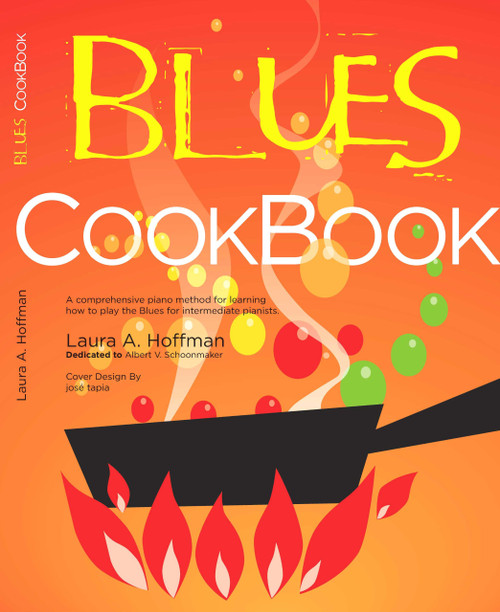 This is a book of etudes written in the blues form for the intermediate piano student. It is designed to help develop finger strength and rhythmic coordination when used in a daily regimen. It will also help the student get acquainted with the blues form and its scales, chords and patterns.

Blues music is possibly America's oldest art form, evolving from the chants and songs sung by the slaves in the South before the Civil War. The slaves from Africa brought with them a rich heritage of musical harmony and traditions of singing. The sang "field hollers" to each other to survive the long days of picking cotton in the hot sun. After they became free, many newly liberates Afro-Americans traveled north to find a better life in the cities that dotted the Mississippi river. The rode on the great American railroads and wrote songs about the trains like "Gonna Ride That Southern Railway Line". Over time, the form of these songs evolved into a fixed set of measures, the most popular being twelve bars long.

The twelve-bar-blues contains three four-bar phrases and is usually in the AAB form.

The first line tells us a powerful story in one sentence; the second line repeats the message over different chords and the third line, or the "B" section, tell us why the composer feels the way he does. In other words, it's like a short play with a lot of meaning. The most important part of a blues song is that it's filled with strong feelings.