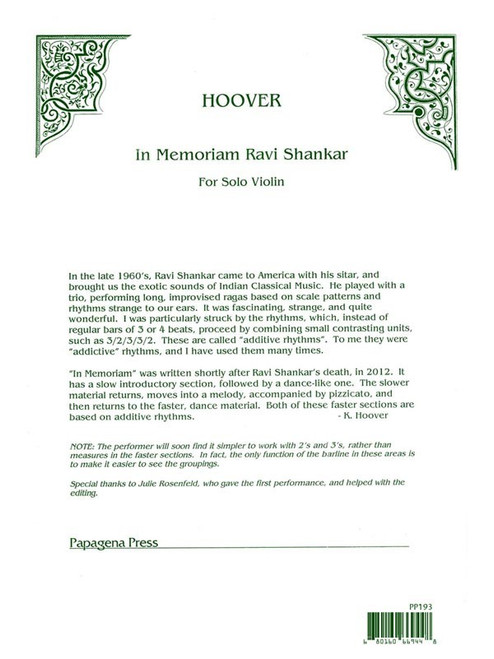 In the late 1960s, Ravi Shankar came to America with his sitar, and brought us the exotic sounds of Indian Classical Music. He played with a trio, performing long, improvised ragas based on scale patterns and rhythms strange to our ears. [...] "In Memoriam" was written shortly after Ravi Shankar's death, in 2012. It has a slow introductory section, followed by a dance-like one. The slower material returns, moves into a melody, accompanied by pizzicato, and then returns to the faster, dance material. Both of these faster sections are based on additive rhythms.