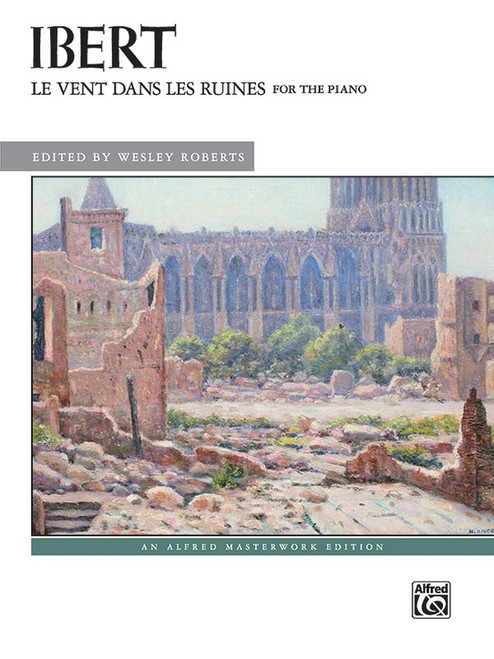 Jacques Ibert's Le vent dans les ruines (The Wind in the Ruins), written in 1915, demonstrates the early 20th-century composer's fascination with the character piece, undoubtedly influenced by Chabrier, Satie, and Debussy. This three-minute work, inspired by the effects of World War I and specifically the image of a bombed French cathedral, explores various Impressionist and late Romantic compositional techniques.

Dr. Wesley Roberts is Professor of Music at Campbellsville University, where he teaches courses in piano, organ, and musicology, and has been a member of the faculty since 1982. He has presented concerts as pianist and organist throughout the United States, in Europe, and in Asia. Roberts is co-author with Maurice Hinson of The Piano in Chamber Ensemble, 2nd ed. and Guide to the Pianist's Repertoire, 4th ed., and he is a past president of the Kentucky Music Teachers Association.