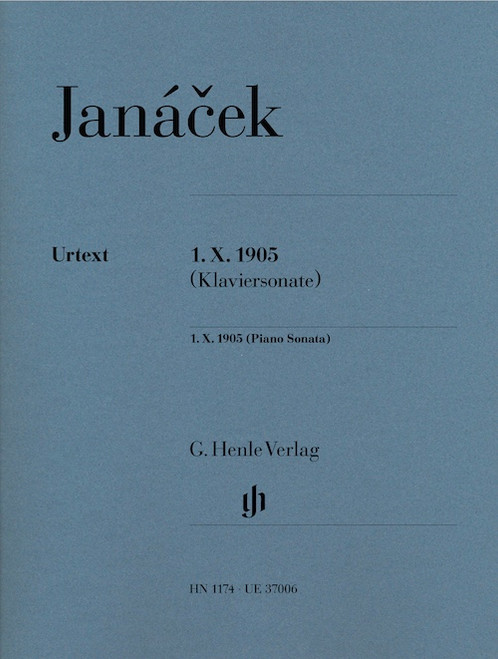 The composition “1.X.1905,” generally referred to as a “sonata,” stems from the autumn of 1905, the peak of the riots between the Czech- and German-speaking populations in Janácek's hometown Brno. Reacting to the violent death of a Czech worker, Janácek wrote a three-part composition for piano originally bearing the title “From the Street, on October 1, 1905.” Dissatisfied with the work, however, Janácek is said to have first burned the third movement in his fireplace and then thrown the remaining two movements into the Vltava, even before its premiere. A copy of these first two movements on which the publication of the first edition was later based is also missing today. For this reason, the Urtext edition of G. Henle Publishers and Universal Edition is based solely on thefirst edition from 1924, which Janácek expert Jirí Zahrádka has carefully evaluated and annotated for this volume.