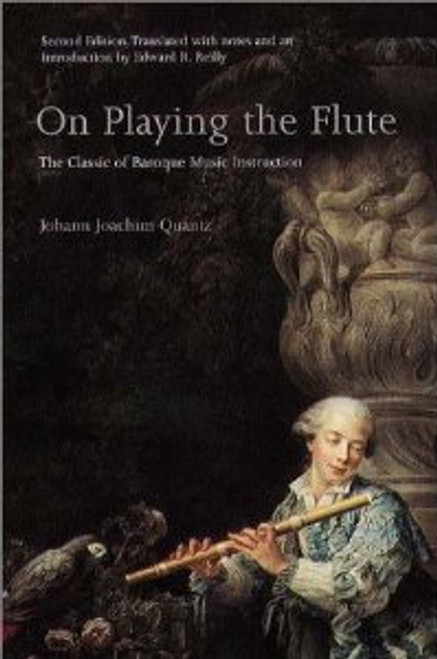 On Playing The Flute

Johann Joachim Quantz's On Playing Flute has long been recognized as one of the most significant and in-depth treatises on eighteenth-century musical thought, performance practice, and style. This classic text of Baroque music instruction goes far beyond an introduction to flute methods by offering a comprehensive program of studies that is equally applicable to other instruments and singers.

The work is comprised of three interrelated essays that examine the education of the solo musician, the art of accompaniment, and forms and style. Quantz provides detailed treatment of a wide range of subjects, including phrasing, ornamentation, accent, intensity, tuning, cadenzas, the role of the concertmaster, stage deportment, and techniques for playing dance movements. Of special interest is a table that relates various tempos to the speed of the pulse, which will help today's musicians solve the challenge of playing authentic performance tempos in Baroque music. This edition includes 224 musical examples from Quantz's original text and features a new introduction by translator Edward R. Reilly that considers recent scholarship on Quantz's significant role in eighteenth-century musical activity.

On Playing the Flute vividly conveys the constancy of musical life over time and remains a valuable guide for contemporary musicians.