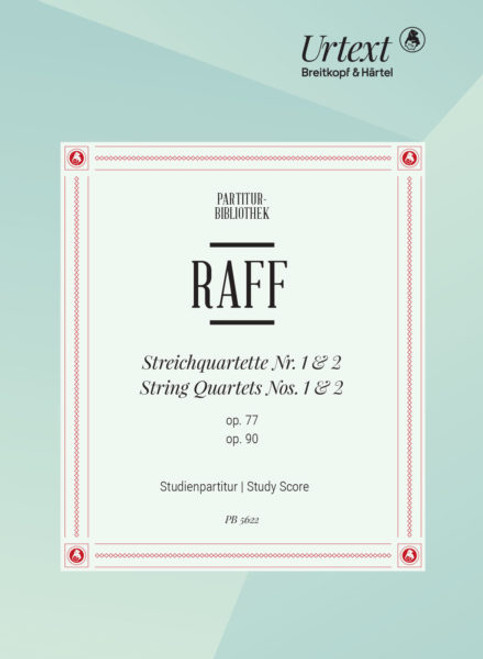 Orchestrally-conceived, full of energetic vigor, and at times uncompromisingly modern: The two captivating quartets are now available as Urtext editions.

With his first String Quartet in D minor, op. 77, composed in 1855, the native Swiss composer Joachim Raff bid a brilliant farewell to Weimar. He had been there as Franz Liszt’s assistant since 1850 and had made a name for himself in the city’s art scene – now he embarked on new paths. He composed his second Quartet in A major, op. 90, already in 1857 in Wiesbaden, the spa town that was to become his home for 21 years.
The two quartets are unequivocal works: orchestrally-conceived, full of energetic vigor, and at times uncompromisingly modern. They confidently continue the Beethoven tradition and attest at the same time to Raff’s intensive confrontation with Richard Wagner’s music during the Weimar years. In his chamber music, the composer wanted to achieve progress “in an inherently historical way” and “to ground the individual substance in existing forms,” as he told the Viennese violinist Josef Hellmesberger, who launched opus 77. The quartets, first published in 1860/62, found illustrious interpreters, among them, the Müller brothers’ renowned ensemble, to which opus 90 was also dedicated, and Joseph Joachim.