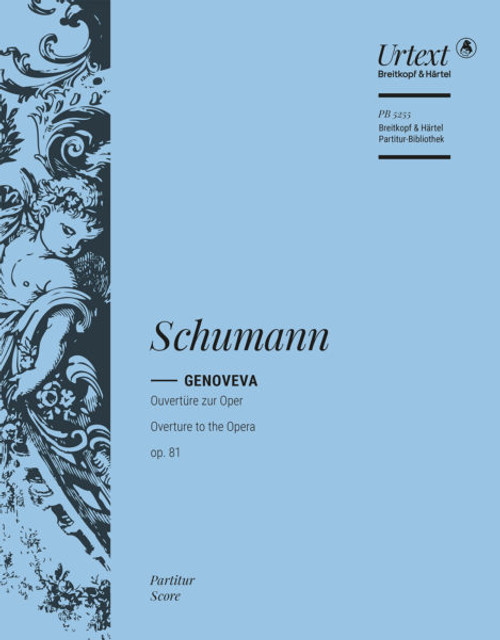 Robert Schumann placed great importance on the genre of the “overture”, as can be seen in the chronology of the genesis of his sole opera Genoveva. In his “Haushaltbuch” the composer entered as his first idea “thoughts of an overture”, then produced the score even before having begun working on the actual opera. Schumann was right on the mark when he suspected that “the overture alone should enjoy a favorable reception”. The Overture appeared in print at about the same time that the opera was premiered. It established itself in the concert hall as an autonomous work and ranks today – along with the Manfred Overture – among Schumann's most beloved concert overtures. The Genoveva Overture is being released in a text-critical Breitkopf Urtext” edition for the first time. The main source is the first printing revised by Schumann.

Somers, An Arch of Miniatures for Flute, B-flat Clarinet and Pianoforte [Press:494-03142]