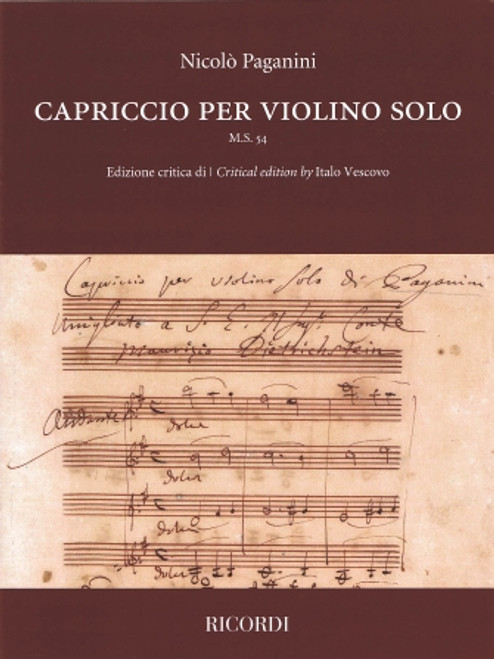 This Capriccio per violino solo M.S. 54 should be considered as part of the group of short musical dedications that Paganini was in the habit of giving away to friends, colleagues and the personalities he met during his travels. Dated 1828, dedicated to Count Maurizio Dietrichstein, is a truly unique work, not only for the way in which the music is organised (notated on four staves, one for each string) but also because of the way in which it was conceived musically. The concept of polyphony is brought to an extreme level, at least in conceptual and visual terms, in this composition. Its brief structure is reminiscent of a kind of four-part chorale written in score. It is characterised by its lyrical and elegant writing style, where the four voices move in polyphonic fashion, giving birth to an extremely refined harmonic texture.

This critical edition is based on the manuscript kept in the Österreichische Nationalbibliothek of Vienna compared with the modern editions.