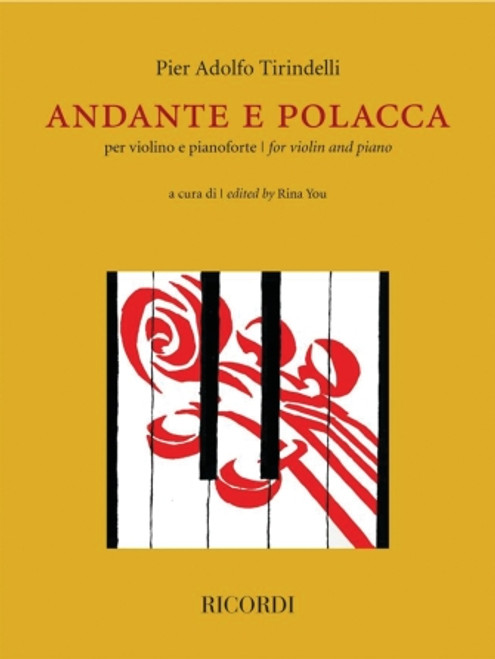 The edition of the Andante e Polacca for violin and piano published here was realised from an autograph manuscript held in the library of the Conservatory of Santa Cecilia in Rome.

An inspired melodic vein, with a cantability typical of Late Romantic Italian compositions, characterises the piece, especially in the first part. The Polacca distinguishes itself for its virtuosity: rapid scales, brilliant bowings and open string passages keep the bowed-string player engaged during the second and longest part of the piece.

The recovery of this composition has occurred during a period which gives particular importance to the rediscovery of works composedin Italy around the turn of the twentieth century, rarely performed in concert series, which can only be fully appreciated through their promotion and dissemination in the form of musical editions and recordings.