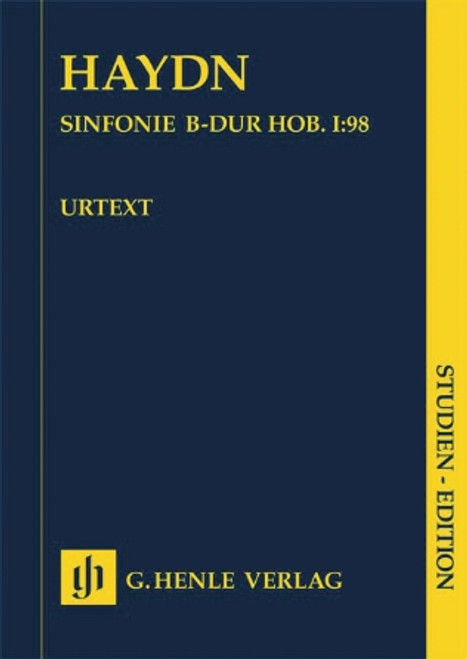 The twelve “London Symphonies” comprise the sublime final statement of Haydn's symphonic oeuvre. They were written for the London impresario Johann Peter Salomon, and Haydn himself conducted their premieres during his lengthy stays in the English metropolis in 1791/92 and 1794/95.

The first performance of the B-flat-major Symphony no. 98 in 1792 was so successful that the two allegro outer movements even had to be repeated. Haydn led the performance - as was customary - from a keyboard instrument, with which he discreetly supported the orchestra. In the finale of this symphony, however, the composer had planned an uncustomary little solo with arpeggiated chords for himself, which assuredly did not fail to impress the audience.

This study edition adopts the musical text of the Haydn Complete Edition, thereby guaranteeing the highest scholarly quality. An informative preface and a brief Critical Report make the handy score an ideal companion for all current and soon-to-be Haydn fans.